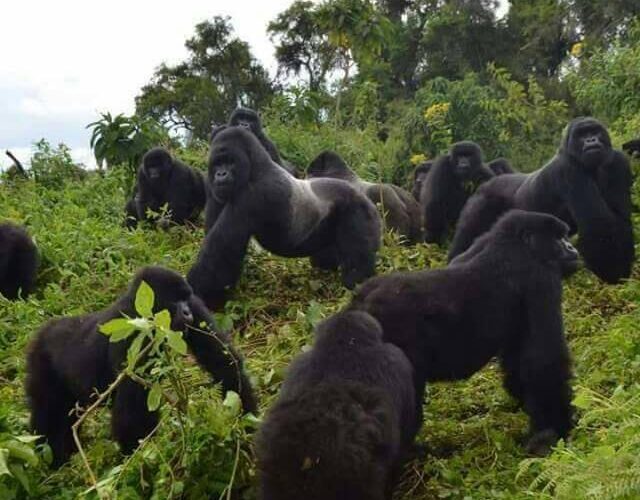 What to Know About Volcanoes National Park

Welcome to Volcanoes National Park that is found in the north-western parts of Rwanda bordering Virunga National Park in Democratic Republic of Congo and Mgahinga Gorilla National Park of Uganda. The Park was the base home of the primatologist known as Dian Fossey and it is most famous and known for protecting the rare and endangered Mountain gorillas and golden monkeys.

The Park was first gazetted in 1925 as small area to protect the Mountain gorillas from poachers and was bounded by Karisimbi, Mikeno and Bisoke. It is also a home to five of the eight Virunga Volcanoes which include (Karisimbi, Muhabura, Gahinga, Bisoke and Sabyinyo). The Park was the very first Park to be set in Africa.

In 1967, the American naturalist known as Dian Fossey invaded the Park to carry out her research about the Mountain gorillas and the Park became her base and she formed a research center called Karisoke Research Centre. She tried her level best to stop poaching of gorillas in the Park though she was later assassinated in 1985 by the un-known assassins though it is speculated that she was killed by the poachers whom she was fighting against.

She was buried in the Park in Grave near her research centre and amongst the gorillas which she had made her part of life. The life Dian Fossey was later displayed on big screens in a movie called ‘’Gorillas in a mist’’ which was named after her autobiography.

In 1992 during the Rwanda civil war, all activities in Volcanoes National Park including gorilla tours were banned since the research centre was abandoned till 1999 when they confirmed that the Park was free from insecurity and then the Park’s activities resumed back till now the security in the Park is very tight.

The Park is best known for the endangered Mountain gorillas however other wildlife include; golden monkeys, black-duiker, spotted hyenas, buffaloes, bush bucks and elephants though they are still rare to see in the Park and the Park inhabits almost 200 bird species.

Tourism in the Park

The Rwanda Development Board (RDB) runs most of the activities to tourists in the Park which include;

-Visiting of caves in the Park and lakes